This morning I spotted Paul Reed the WW1 researcher on Twitter so I thought I’d be cheeky and ask his advice about working out where the Cuba trench can be found on a modern map. He came straight back to me and said he’d have a look. True gent I thought. A couple of hours later I didn’t just get the advice – I got a picture of it overlaid on said modern map. A gent and a star. Paul I can’t thank you enough and it’s the icing on the cake for our trip to France next week. I’ll also be using his book Walking Arras as a tour guide. 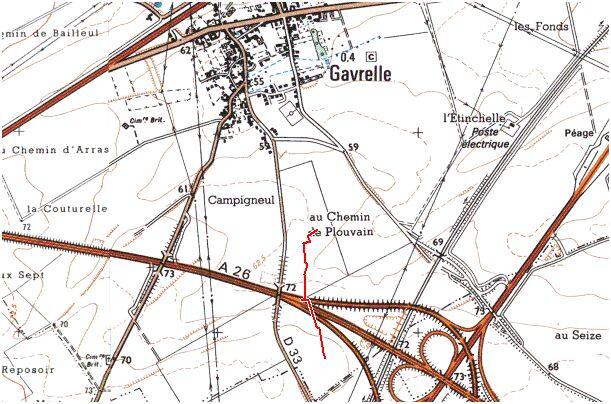 The wiggly line is the Cuba trench

This morning HimIndoors also took the day off sick. Anyone who knows him will realise he’s never ill and when he decided to make a doctor’s appointment I knew he was bad. Now this put me in a tailspin. I was feeling bad for him but at the same time was panicking because we had tickets to see The Eels in Glasgow tonight, one of my favourite bands and something I’ve been looking forward to for ages.  I started phoning round but people were either busy, couldn’t get childcare and 2 were out the country (I’m trying not to take it personally ;-). However after long deliberation I decided MiniMe could be my plus 1. This involved wedges, make-up and lying about her age but I thought, ‘What the hell.’

MiniMe’s first live gig, and what a gig it was

My first live gig was Paul Young (try not to laugh!) so how much cooler will it be for to look back and be able to say her first live gig was to see Mark Oliver Everett and his band 🙂 You may think you don’t know his music but if you’ve seen Shrek you know some of it and some of the rest you know through osmosis.

I may not have been to a live gig in ages but that was the absolute shiz and they blew MiniMe away. I think I earned maximum cool mum points. We got the first half made up of new material then the second half was retro with a cover of Itchycoo Park thrown in for good measure. There were two encores and a mashup of everyone’s favourites. Not only that there were man hugs, group hugs, humour and a renewal of vows. All sported Adidas tracksuits and trainers (possibly an ironic comment on the Scottish other national dress) and beards, although I think Chet looked more like Dave Lee Travis and drummer Knuckles looked more like the Dude and he abides just as much as Lebowski.

Melt the butter in a large pan and add the onion and sugar. Cook over a low heat for 10 minutes. Add the wine and the parsnip. Cover and simmer for 20 minutes. Pour in the stock, bring to the boil, reduce the heat and simmer covered for 10 minutes.

Cool slightly add the cream and whizz with a hand blender. Reheat if needed.